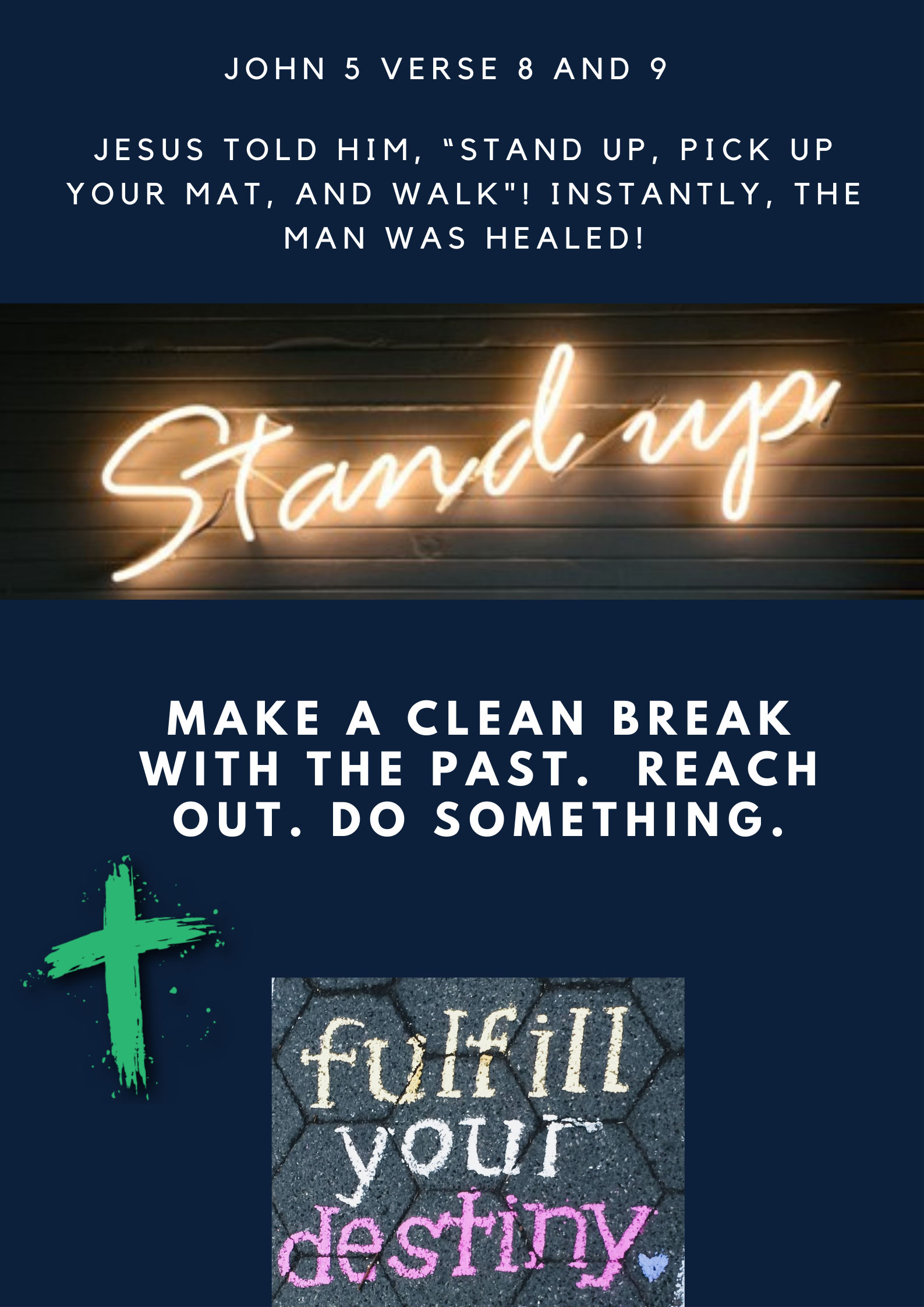 Conquer your past. Take charge. Reach out for help.

1 Afterward Jesus returned to Jerusalem for one of the Jewish holy days. 2 Inside the city, near the Sheep Gate, was the pool of Bethesda, with five covered porches. 3 Crowds of sick people—blind, lame, or paralyzed—lay on the porches. 5 One of the men lying there had been sick for thirty-eight years. 6 When Jesus saw him and knew he had been ill for a long time, he asked him, “Would you like to get well?”

7 “I can’t, sir,” the sick man said, “for I have no one to put me into the pool when the water bubbles up. Someone else always gets there ahead of me.”

9 Instantly, the man was healed! He rolled up his sleeping mat and began walking! But this miracle happened on the Sabbath, 10 so the Jewish leaders objected. They said to the man who was cured, “You can’t work on the Sabbath! The law doesn’t allow you to carry that sleeping mat!”

12 “Who said such a thing as that?” they demanded.

13 The man didn’t know, for Jesus had disappeared into the crowd. 14 But afterward Jesus found him in the Temple and told him, “Now you are well; so stop sinning, or something even worse may happen to you.” 15 Then the man went and told the Jewish leaders that it was Jesus who had healed him.

Jesus Christ wants to help you to conquer your past!

Be humble God is the source of all you have!
Stay focused – do not lose sight of Love and Loyalty
Copyright Izak Malan Christian Psychologist 2021.
Designed by GSDM Agency
Back To Top