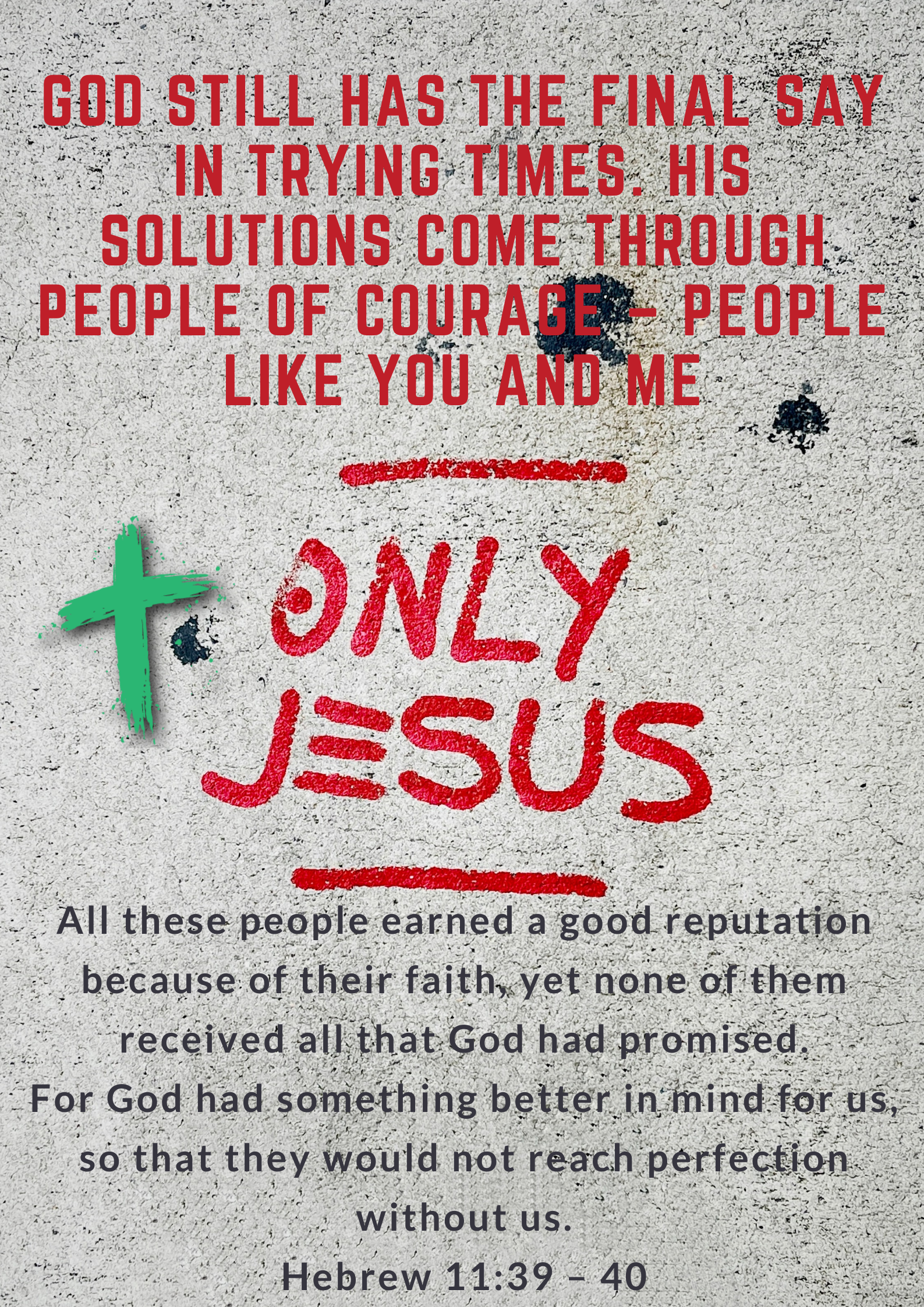 God still has the final say in trying times. His solution come through people of courage – people like you and me!

Hebrews 11
32-38 I could go on and on, but I’ve run out of time. There are so many more—Gideon, Barak, Samson, Jephthah, David, Samuel, the prophets. . . . Through acts of faith, they toppled kingdoms, made justice work, took the promises for themselves. They were protected from lions, fires, and sword thrusts, turned disadvantage to advantage, won battles, routed alien armies. Women received their loved ones back from the dead. There were those who, under torture, refused to give in and go free, preferring something better: resurrection. Others braved abuse and whips, and, yes, chains and dungeons. We have stories of those who were stoned, sawed in two, murdered in cold blood; stories of vagrants wandering the earth in animal skins, homeless, friendless, powerless—the world didn’t deserve them!—making their way as best they could on the cruel edges of the world.

39-40 Not one of these people, even though their lives of faith were exemplary, got their hands on what was promised. God had a better plan for us: that their faith and our faith would come together to make one completed whole, their lives of faith not complete apart from ours.

Live a life Jesus will be proud of
We are not copies – Each one of us is an original!
Copyright Izak Malan Christian Psychologist 2022.
Designed by GSDM Agency
Back To Top